The 44th Grandmaster of 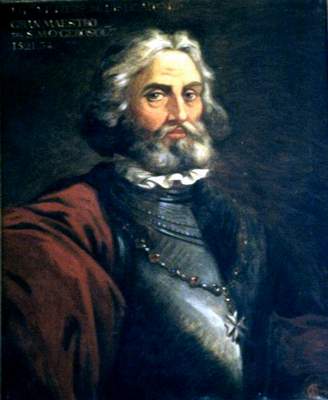 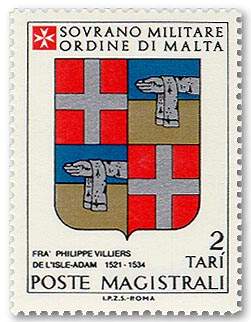 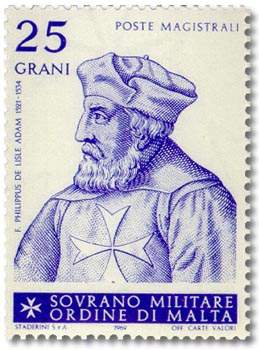 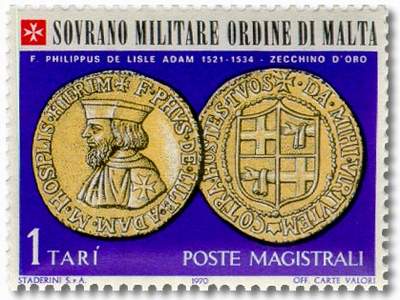 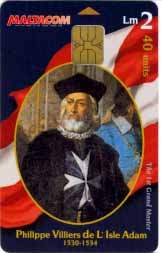 Grand Master L'Isle Adam and his knights sailed into the Grand Harbour at Malta in the morning of the 26 October 1530 on the carrack St. Anne, to take possession of their new home. On the 13 November he renewed the oath "to observe the privileges and usages" granted by the King of Aragon and Sicily and took formal possession of Malta in Mdina, a medieval town which was the capital city, at a pompous ceremony where the Silver key to the city was surrendered to him by the Captain of the Rod (picture below). 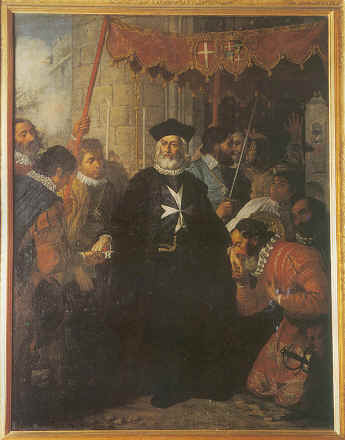 Instead of making Mdina their headquarters, they preferred to establish themselves in Birgu, a small village in the entrance of the harbour, where they had their galleys at hand, in the shadow of Fort St. Angelo. As Birgu lacked the facilities required, they constructed bastions to fortify it against any assault and in the narrow streets they began to build their Auberges, one for each Langue - the construction work creating opportunities for the Maltese people. Where more convenient, they leased premises for this purpose. Each Langue began to bring in its men-at-arms, serving brothers, clerics, artificers, sea-captains, seamen and military engineers. A palace was also constructed which served the knights until the time of La Valette. They set up their infirmary in a private house until 1533, when they built an ad hoc hospital. This building today houses cloister nuns.

The memories of Rhodes still troubled L'Isle Adam as although he should have been pleased with the transfer of the Order to Malta and the way things seemed to be working successfully, he may have been hoping that he would one day recapture his former home.

The Order's first coinage - the Scudo, Tari, Carlino and the Grano were struck in this period.

The defenses of Fort St. Angelo, a stronghold that still dominates Grand Harbour to this day, were enlarged and the Grand Master established himself in the fort. An existing Chapel inside the fort was enlarged and dedicated to St. Anne. 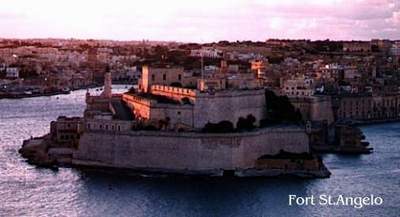 L'Isle Adam set up a sound administration, dividing Malta into two parts: one comprising the city of Notabile (Mdina), and the parishes of Naxxar, Birkirkara, Siggiewi and Zebbug - placed under the Capitano della Verga or Captain of the City; the other including Birgu, the parishes of Zejtun, Zurrieq, Qormi, Gudja and the adjoining districts - under the civil jurisdiction of a magistrate chosen by the Grand Master. This new official, who shared in the administration of the island was the first assault on the rights of the people. On 5 September he promulgated a body of laws which chiefly dealth with criminal matters.

This page ist part of "The Grandmasters of the Sovereign Military and Hospitaller Order of St. John of Jerusalem of Rhodes and of Malta"